Previously the Headquarters were in Trinity Square, London next to Tower Hill and the depot was at Blackwall, London. The depot moved to Harwich in 1940.

The present offices (at the junction between West Street and the Quay) were built in 2005, when a new Buoy Yard was also constructed in George Street. There are frequently lightships moored in the harbour being serviced by the Depot.

Other premises on the Quay previously occupied by Trinity House are scheduled for redevelopment in accordance with the regeneration plan.

The Continental Pier was built in 1866 and was the terminus for the GER ships until Parkeston Quay opened in 1883. Shortly before 10pm on June 18th 1910, a disastrous fire occurred on the pier. on the Quay Front at Harwich, Groom’s timber yard imported vast quantities of Scandinavian timber which were unloaded directly into the harbour overboard from ships bringing them in. They were then chained to rafts and taken up the river to the saw mills at the back of Dovercourt railway station. Groom rented some of the sheds on the Continental Pier for storage, along with Godding the Malster.

It is not surprising that when fire broke out on the pier just before 10pm on June 17th 1910, at least £15,000 worth of damage was caused. The Harwich Fire Brigade was helped by the G.E.R. Brigade together with army and navy personnel. Considerable damage was caused by fire which was thought to have started amongst some sacks of overheated barley in part of the storage sheds. the pier was rebuilt in concrete in 1915.

After the 1939-45 war the pier was taken over by Trinity House for buoy storage. In 1955 Trinity house started to replace the old Pier, the western length was demolished and a new pier constructed. the new pier was 32 ft. wide and 63 feet narrower than the old pier.

Trinity House lighthouse tender ships berth here. Best known of these is the Trinity House flagship ‘Patricia’. The fleet is currently being renewed with modern purpose built ships to service buoys, lighthouses and lightships throughout England and Wales and Northern Ireland.

Train ferries formerly operated a daily service carrying rail trucks to Zeebrugge in Belgium. It was originally built by the Army at Richborough in Kent in the First World War for the conveying of stores and hospital trains to and from France. It was bought as a job lot (shore equipment and ships) by the LNER and brought to Harwich in 1923. The pontoon carrying the lifting gantry sank in the entrance to Harwich Harbour and had to be refloated using barrels.

The service was opened in April 1924 by Prince George (later the Duke of Kent) and operated by three ships (Train Ferry No 1, No 2 and No 3), only one of which (No 1) survived the Second World War. 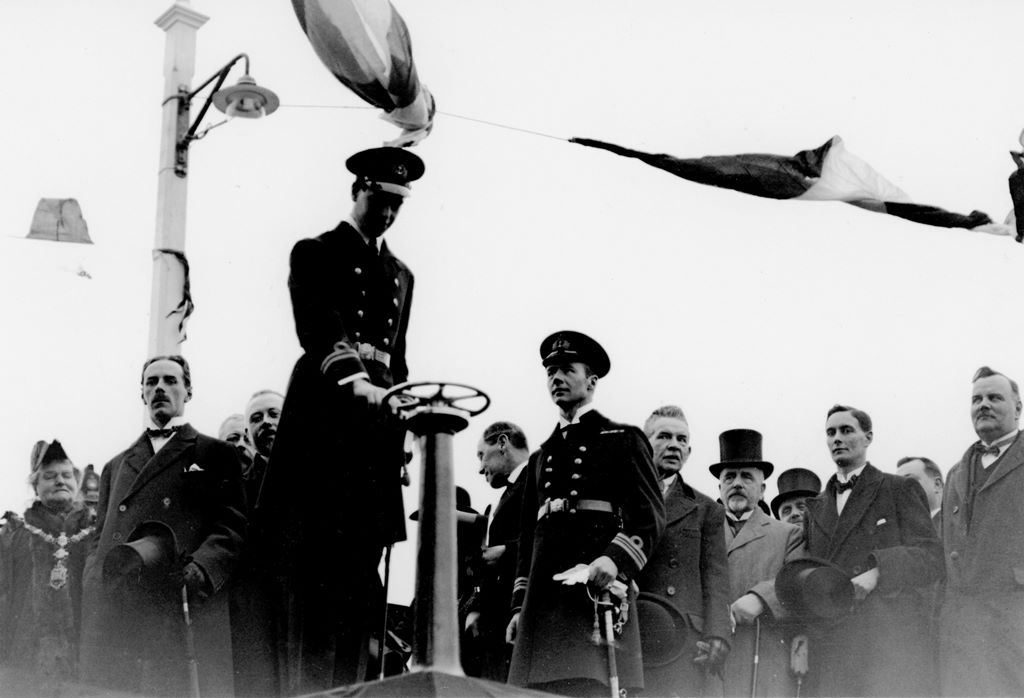 New ships were built after the Second World War and the service continued until 1987 when it was transferred to Dover.

Over the years Harwich has seen many Train Ferries come and go sadly cost cutting feasibility studies were considered, these included basing all train ferry traffic through one English port. Sadly on geographical grounds Harwich did not stand a chance of winning the competition.

The creek beyond the Train Ferry Terminal is known as Gas House Creek. It previously gave access to the Gas Works (now demolished). It was formerly much used by fishermen, and was the site of Cann’s Yard where the finest Thames barges were built around 1900.