Built in 1811 to protect the west side of the town from Napoleonic threat, the battery formed part of the same defensive complex as the Redoubt Fort. It was armed with three 24-pounder cannons with a range of one mile. The battery was manned for about six years and was known as “the warmest sentry post in Harwich” because of its sheltered position on the west side of the town. 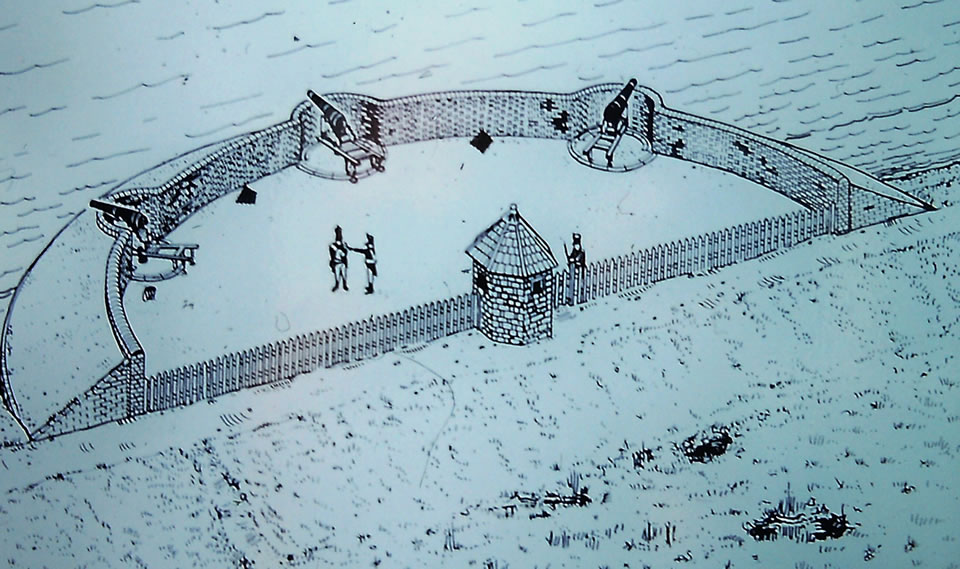 After the defeat of Napoleon, the battery was abandoned and allowed to decay. It was excavated in 1990. The outline of the battery is now marked by red bricks in the ground, opposite Gas House Creek.