The Harwich listening bench is situated in a picturesque spot on St Helen’s Green looking towards the Treadwheel Crane and the sea beyond. The memories shared on the bench include experiences during the Second World War, visiting the Electric Palace Cinema, and of course the harrowing 1953 floods, such as Betty Calver’s experiences on that dreadful night:

Here you can listen to clips on the bench, which were recorded by the Harwich Society between 2009 and 2013. 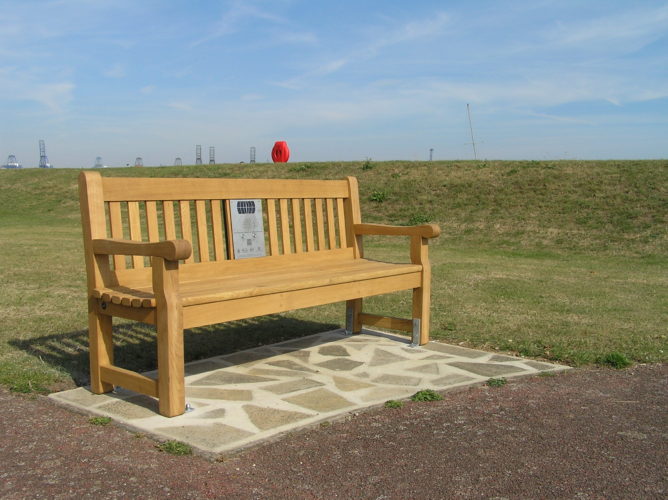 This bench was put together by the Harwich Inspired Youth Action group (HIYA) in collaboration with the Essex Record Office and with the support of the Harwich Society, as part of the Heritage Lottery Funded project.

Sarah-Joy Maddeaux, of the Essex Record Office, said: “The opening ceremony was lovely, the mayor and mayoress of Harwich were there to cut the ribbon. “I was there representing the record office, there has been a great amount of work put into this over the past year. 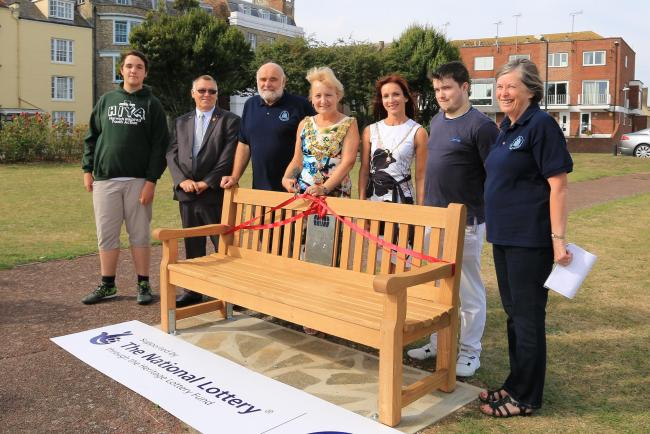 There will be people who never thought to come into the record office who will now get to enjoy these enlightening clips about their town.”

Some of the Audio clips on this bench

Enid Godfrey talks about her brother, who was killed while serving in the Royal Air Force during the Second World War.

Betty Calver describes how she saw a ‘wall of water’ crashing in front of her as she was on her way home the night of the 1953 floods.

Bernie Cummings recounts the rescue of his horses from a flooded stable during the 1953 floods.

Joseph Thomas describes the different mines and minesweepers used in Harwich during the Second World War.

The project is primarily funded by the Heritage Lottery Fund, with additional support from the Essex Heritage Trust and the Friends of Historic Essex, at a total cost of £311,200.