Dovercourt town centre is to get a new mural to replace the existing one thanks to a project led by the Harwich Society.

For a number of years there has been widespread concern about the poor condition of the existing mural but, weather permitting, a new one will now replace it within the next few months.

Chairman of the Harwich Society, Colin Farnell, says, “One of our trustees, Richard Colley, has been liaising with all concerned and we have now reached the point where the Co-Op is going to re-render the wall to allow a brand new mural to be painted. This is good news for everyone who uses Dovercourt town centre and we hope that there is a good community response to assist in covering the cost”

The Harwich Society has commissioned the former set designer at the Mercury Theatre, Simon Sharman, to design and paint the new mural and the intention is that it will be based on his initial interpretation of seafront scenes from Dovercourt Bay. The cost will be in the region of £3,500 and the Harwich Society will be putting its own money into the project as well as asking for community donations and financial partners to assist with the funding.

Harwich Town Council has been the first organisation to come forward and has put £1,000 into the project.

Chair of Harwich Town Council’s Finance and General Purposes Committee, Cllr. Pam Morrison, says, “Harwich Town Council supports all efforts to improve Dovercourt town centre and this is an excellent project that will make a big visual difference. We now just have to hope that we get good weather to allow the work to move forward on time.”

It is hoped that the re-rendering of the wall and the painting of the mural will take place during March and April 2020. 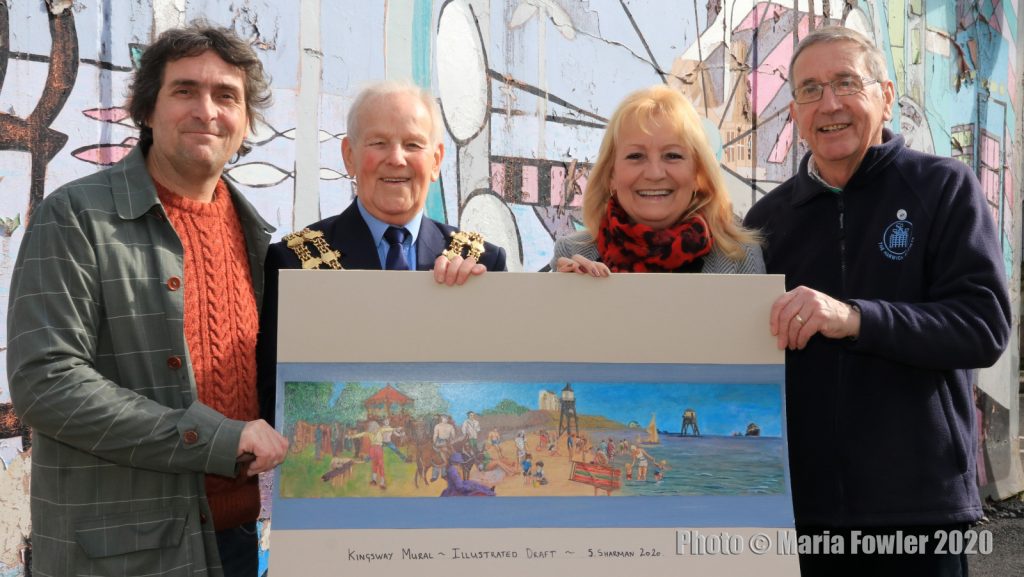