GRAHAM CRAME, who has died aged 74, has spent many years working as a volunteer.

Born in Reading in 1947 his first role in 1966-1969 was working for Boots as a dispenser. He then spent the following years up until 1986 working for freight forwarding companies based at Heathrow Airport. With a complete change in direction he moved to Clacton and opened Ridgwell House, a residential Care Home in Holland-on-sea in 1985 with his wife Glenys, they later went on to open a further home, The Lodge Nursing Home in Walton-on-the-Naze.
He joined Clacton Sailing Club, became a member of Clacton Jubilee Rotary Club and served on the committee of Clacton RNLI for 20 years, he was awarded the Silver Badge in 2008 in recognition of his work at the Clacton on Sea branch.

It was with Rotary that he first went to help Romanian orphans following the collapse of the communist regime. By the end of the Millennium he had visited Romania three times, taking aid and equipment to people living around the impoverished area of Sebes. He fell in love with the people and cultures of the region and never lost his zeal for wanting to help those who he felt were vulnerable and neglected, particularly the young, the elderly and disabled.
By the end of the nineties, he had fallen in love again, with Elizabeth Giles (nee Fairley) and the town of Harwich. In 1997 they moved in next to the Electric Palace cinema and threw themselves into the life of the town.
With the support of many local volunteers, he continued his charity work, The Ark Appeal was one of the first projects he operated in Harwich from the old Mercedes warehouse. He later became involved with Hope and Aid Direct and has actively continued to support the charity over many years driving in convoy, but more recently with co-ordinating aid for the latest Ukraine emergency.

In February 2000 his daughter Naomi was born. He was often heard to comment ‘I like to spread my children 25 years apart!’. The happy couple regularly celebrated the Sea Festival, attended many Sailing Club functions and as a Harley Davidson rider supported the Essex Air Ambulance events. Graham became an active member of the Harwich Society, taking responsibility for many projects over the past 25 years, joining the committee, bringing his wisdom, experience, determination and good humour to bear on many official and unofficial proceedings. He supported the work at the Redoubt Fort and particularly enjoyed running the crockery smashing stall at the annual fete. He valued the importance of Bobbit’s Hole to the local community as well as the role that the museums play in the town. As a Trustee he was pleased to be the Society’s museum representative on the committee and was looking forward to leading the project to renovate The Lifeboat Museum. He was particularly excited about Christopher Jones’ house and had volunteered to act as a guide for the Society. The connection with the Mayflower and the Pilgrim Fathers coupled with the themes of religious persecution, the plight of refugees, the thrill of adventure, the naval endeavour and living history on his door step were irresistible to him.

He will be remembered for the passion and enthusiasm he showed for the Kindertransport Memorial and Learning Trust, becoming a Director and hard-working member of the committee. He believed strongly that there should be a permanent memorial to the 10,000 children who came to Britain on the Kindertransport, most of who arrived in Harwich. With a keen interest in art, he championed the work of Essex sculptor Ian Wolter and was delighted that Ian was commissioned to create the life-size bronzes of children disembarking. His charm, his determination and his power to inspire undoubtedly helped nudge the project higher in people’s consciousness so that more money was raised, the site was moved to a more prominent position, the materials used were upgraded to ensure they would last forever and an education programme was developed.
The memorial will be a fitting tribute to Graham, who worked tirelessly to help those less fortunate than himself, especially the people of Kosovo, who he helped with Hope and Aid Direct, collecting and packing banana boxes of essential supplies, often driving them in convoy to where they were needed most. Many children and families owe their health, homes and livelihoods to his dedication and thoughtfulness. He excelled at making connections with people, identifying what was needed, then doing everything in his power to get things done, including gently persuading others to be involved and giving great encouragement when they did. He will be deeply missed by his family, friends, people of Harwich, Kosovo and many others around the world. 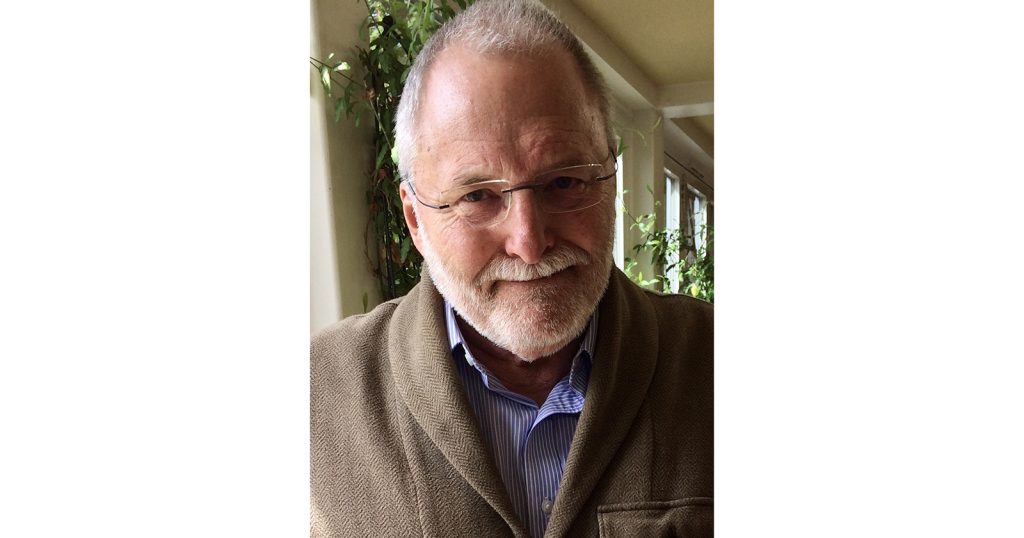